That provides high-quality fencing to customers in Crowborough, Tunbridge Wells and Uckfield, as well as the wider Kent and Sussex regions covering a 60-mile radius.

We are passionate about fencing and bring enthusiasm, skill and the experience that makes us industry leaders to every project we take on. Our team are friendly, considerate and provide a first-class, personal service that ensures our workmanship is second to none.

We are members of CSCS.

We are highly experienced in a variety of specialist and general fencing such as: 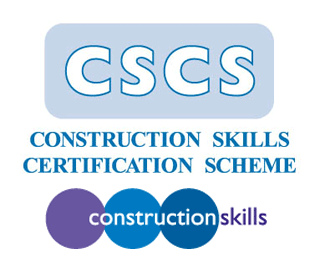 Ian started fencing in October 1999 in mid Wales, fencing for farmers and the local forestry commission, apart from fencing Ians other passion is farming. Ian moved down to the South East in 2007 to take a position fencing on an estate in East Sussex.

Sophie worked as a Veterinary nurse, until joining Ian to start Richards Fencing in April 2009.

Ian and Sophie started Richards Fencing together with a pickup truck, a tractor, Prot-ech post knocker and one other labourer. Since 2009 Richards Fencing has grown, employing a small team of friendly experienced staff. The equipment has grown too to include a tracked Post Knocker, Kanga Skid steer, Kubota digger, John Deere tractor and attachments which allows the team to complete a large selection of jobs efficiently and to a high standard.

Meet the team
Richards Fencing is a leading fencing company covering Crowborough, Tunbridge Wells and Uckfield, as well as the wider Kent and Sussex regions. We specialise in many styles of fencing. Our business hours are 8am till 5pm. Contact us today on 01892 770186. Alternatively, you can email us at enquiries@richards-fencing.co.uk.

Copyright © Richards Fencing Ltd – 2021. All rights reserved.
We use cookies to ensure that we give you the best experience on our website. If you continue to use this site we will assume that you are happy with it.Ok